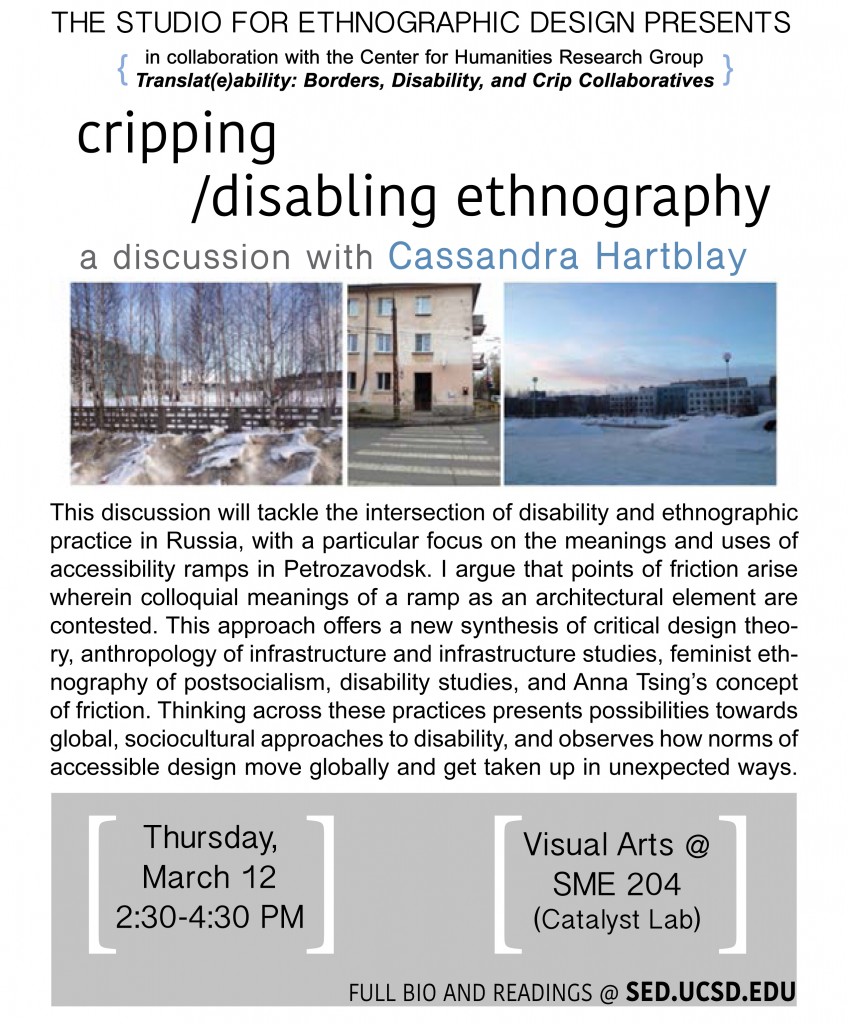 Join SED for a discussion on ethnography and disability co-hosted with the Center for Humanities Research Group Translat(e)ability: Borders, Disability, and Crip Collaboratives. Cassandra Hartblay – a PhD Candidate in the Department of Anthropology at the University of North Carolina at Chapel Hill – will present work on the tensions and possibilities of producing ethnographic work in relation to critical disability studies.

Cassandra Hartblay is an award-winning scholar of disability and postsoviet Russia. An ethnographer and cultural anthropologist by training, her work contributes to interdisciplinary conversations in queer/feminist disability studies, global studies, and infrastructure studies. Cassandra’s work on comparative regimes of productivity and dependency, as related to gender, disability, and the welfare state between the United States and Soviet Union in the 20th century, received the competitive Irving K. Zola Award for Emerging Scholars in Disability Studies in 2013. She has also worked as an applied qualitative researcher with the Soros Foundation, contributing to a collected volume on inclusive education in Central Asia. She is a dedicated ethnographer devoted to community engagement, critical praxis, social change, and fostering cross-cultural understanding.